Leonardo Di Caprio won the Oscar for sleeping in a horse’s carcass. That alone, no matter how truly amazing he was in the movie (I can’t tell you, I haven’t seen it) makes us want to steer clear of meat for at least a few days, even if I have honestly been #teamLeo, ever since the Basketball Diaries, I swear.

We had some potatoes and some eggplants in the fridge, so Mr S and I looked at each other and telepathically decided to make a veggie moussaka.

I have had this book for a while, it is called The Hungry Student Vegetarian Cookbook

and have only tried a few recipes, which turned out pretty good. It is a vegetarian book, one of those “Hungry student” things, and, honestly, I didn’t know what to make of it. But my first couple of efforts turned out ok, so I decided to give it another go.

Lentil Moussaka was right in there, so I thought “why not?”

Now, this recipe asks for a lentil moussaka without potatoes. Keeping in mind that recipes are merely suggestions, I tweaked it a bit, and I hope the author won’t mind. Because, honestly, I don’t know why anyone would skip the potatoes.

All the rest was awesome, though, so thumbs up, book!

Grated cheese of your choice

Preheat the oven at 180 degrees Celsius

While the oven is preheating (seriously) place the sliced potato in a pan and stick them in there, seasoned with salt and pepper. Leave them there while you’re preparing the rest, making sure you don’t burn them. If you see them start to brown, take them out, we just want them to be nice and tender.

Heat the oil in a pan over medium heat and add the onion. Cook for five minutes, add the garlic and cook a couple of minutes more.

Add the eggplant and cook for about 15 minutes, until soft and starting to shrink. When you see that happening, add the tomato, the lentils, the cinnamon and oregano and season it well. Let it bubble.

While it is bubbling, add all the ingredients for the topping save the grated cheese in a bowl and whisk. Be careful because the flour will go everywhere! Do it slowly!

Once everything is done, it is time for the assembly. In a large baking dish, first layer the potatoes.

Follow that with the lentil – eggplant mixture and then the topping. To make the topping go everywhere, just smooth it with the curved side of a large spoon towards the edge of the dish.

Sprinkle the grated cheese on top and put it in the oven. Bake for 35-40 minutes (depending on your oven). 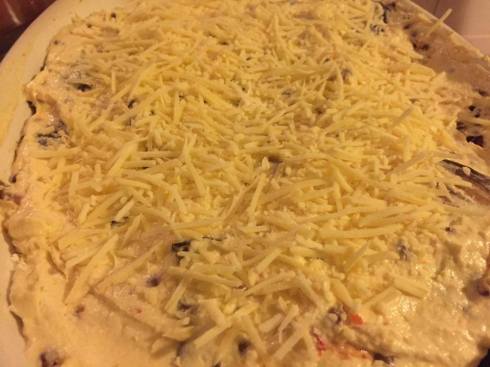 We ate it so hot, I can still feel my tongue as we speak.

I hope you like it. Let me know what you think.

Note 1: I am really not used to canned lentils. I don’t get them. If I want lentils, I make them. That’s what I did here. I boiled about 200gr of lentils, a garlic clove and half an onion until they were done, and used that. But if you want to use canned lentils, by all means.

Note 2: I sliced the eggplants, but you can also cut them in small squares or rounds, whatever you like. Like I said, recipes are mere suggestions. Just make sure they are cooked.

Note 3 (unrelated to cooking): Out of all the gorgeous dresses from last night, Kate Blanchett completely nailed it. That dress on her, oh my, it was like Mother Nature hugged her, blessed her and sent her off to the Oscars. Good job, my lady. 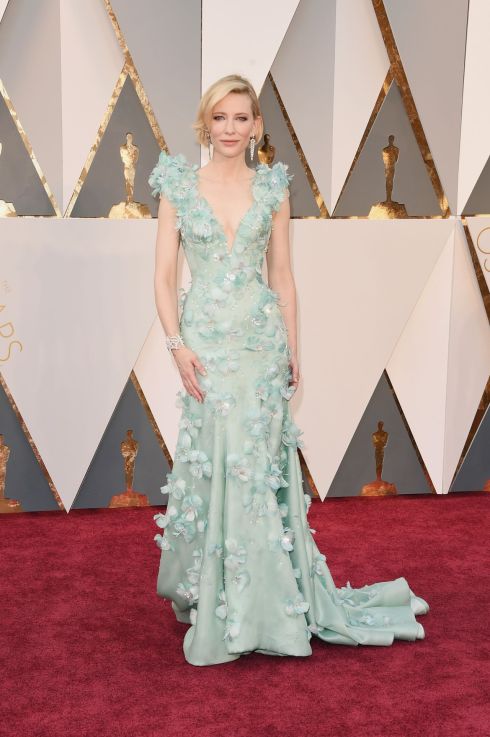 This entry was posted on Monday, February 29th, 2016 at 7:07 pm and tagged with cooking, eggplant, fiorentina, greek, greek cooking, Greek food, lentil, lentils, meatless, moussaka and posted in Greek food. You can follow any responses to this entry through the RSS 2.0 feed.
« Oscar night
Strawberry and limoncello tiramisu »

Welcome to the world of cats!

the {uncomplicated} kitchen
Cooking with a Wallflower
Inside Kel's Kitchen

Love to eat, love to cook, and trying to keep it healthy!

Cooking Up The Pantry